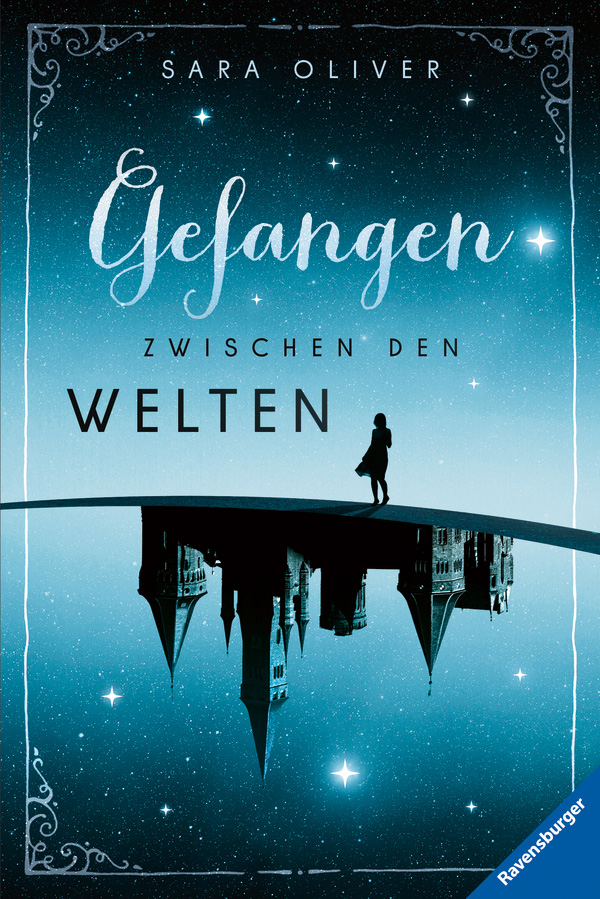 Parallel worlds and technology make for a gripping YA sci-fi thriller in this first instalment of a trilogy.

Ve is on her way from America to spend the holidays with her father in a remote village near Munich. But when she arrives, Ve is not met by her father as arranged. Instead, a young man who later turns out to be popstar Finn  steals her taxi, and her father seems to have disappeared. Exploring the castle which is her father’s home, Ve is attacked by an intruder and trapped in a small cabin. When she emerges, she is met by a version of her mother that is subtly different from the one she knows. Ve realises that she has travelled to a parallel world. She encounters Nicky, her alter ego, and another version of Finn, with whom she falls in love.

All is not well in this world. Nicky’s father was in charge of the research department of the sinister organisation TRADE, who now appear to have kidnapped him. Soon Nicky disappears as well. Finn seems to be in cahoots with an activist group who increasingly use violence in their fight against TRADE. She realises that she has to return to her own world if she wants to solve the riddle of her father’s disappearance. Will she find her father? Will she ever see Finn and Nicky again?

Sara Oliver combines sci-fi elements with classic teenage concerns: Ve and Nicky have to learn to trust each other, and grapple with jealousy and envy that will resonate with everyone who has suffered through teenage girlhood. In addition to the inescapable agonies of teen relationships, Oliver explores topical issues such as exploitation by corporate organisations, the fight-back by eco-groups, and the harsh realities of the pop music world. The novel is written with tremendous pace and makes an exciting read, and Oliver has a great ear for teenage dialogue. Ve’s feeling of being out of place in a parallel world is something that everyone will relate to, and her love story with the second Finn is beautifully rendered. Trapped Between Two Worlds is a gripping YA adventure.

Ravensburger Buchverlag was founded in 1883 by Otto Maier and publishes children’s and young adult books for all ages. The blue triangle is a guarantor for products of high quality. Ravensburger publishes storybooks for small children, books for first readers, and children’s non-fiction. They publish around 450 books per year, and more than 1,900 titles are available.