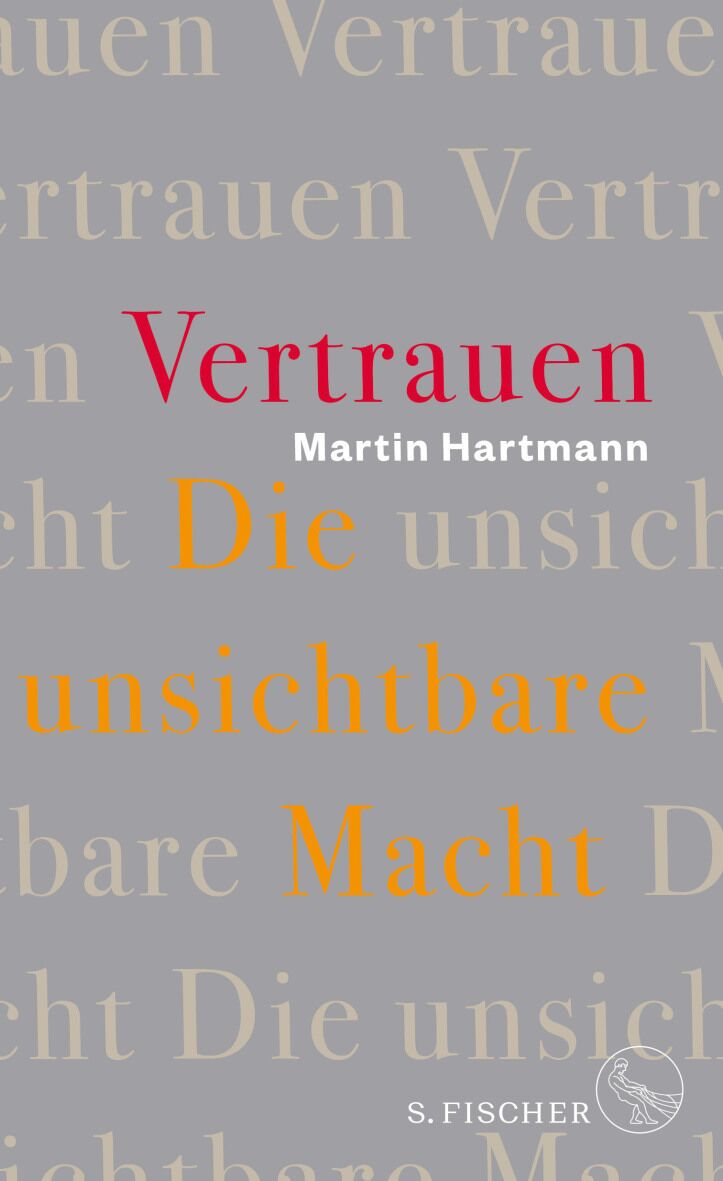 Martin Hartmann confronts the global crisis of trust that is affecting so many areas of society today, examining the implications for our daily lives with concrete examples drawn from politics, banking and the media.

Hartmann begins by presenting various ways of measuring public trust, including the Edelman Trust Barometer (intelligence firm Edelman’s annual survey of trust and credibility), the Shell Youth Study (looking at young Germans’ attitudes and beliefs) and the World Values Survey (a global research project looking at values and beliefs), in order to show the recent changes in people’s willingness to trust. Statistics from a Google survey in the USA, for example, show declining levels of trust in government (down 18%), the media (down 5%) and the economy (down 10%). The author is clear about the limitations of such surveys, however, which is why he also approaches the topic from a theoretical perspective.

Hartmann examines trust within society, showing how in mixed socio-ethnic groups, the effect of ethnic heterogeneity may be to weaken social connectivity and cause mutual distrust, and considers the potential implications for countries with large migrant populations. He goes on to portray the threat of terrorism as a fundamental attack on trust and the negative effect that this is having on societies around the world. The book looks at how social distrust manifests itself in modern life, from the overprotection of children to the rise of gated communities and online dating. The example of Larry Nassar, the disgraced former doctor for the US national gymnastics team now serving a life sentence for offences against children, is used to show the extent to which trust can be abused. Hartmann considers the overall climate of trust and mistrust in society and the speed at which this can be established or destroyed.

Hartmann looks at the origins of economic trust and how this relates to the contemporary context of online banking, going on to consider the role of transparency in engendering trust in financial matters. He then discusses how trust affects our attitudes to technology and artificial intelligence. The book concludes with an analysis of the relationship between politics and trust, including an assessment of how this has evolved over time.

Trust is an accessible work of political philosophy, drawing on a wide range of real-life scenarios that are relevant for an international audience. In a period of diminishing trust across many areas of public life, it is a timely publication that will appeal to a broad readership.

Martin Hartmann, born in 1968, is Professor of Practical Philosophy at the University of Lucerne. He studied philosophy, comparative literature, linguistics and sociology at the University of Konstanz, the London School of Economics and the Free University in Berlin. In 2001, he completed his PhD at the Goethe University in Frankfurt, where he also qualified as a lecturer in 2009. His post-doctoral thesis, Die Praxis des Vertrauens (‘The Praxis of Trust’) was published by Suhrkamp in 2011. He is a regular contributor to DIE ZEIT, the Frankfurter Allgemeine Zeitung, the Neue Zürcher Zeitung and Merkur. Martin Hartmann lives with his family in Frankfurt am Main.