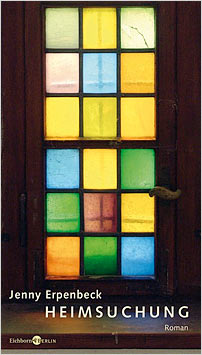 If Daphne du Maurier’s Mandalay is the setting of a single tragedy, this moving novel, telling the story of an architect’s house on the shore of a large lake in Brandenburg, near Berlin, chronicles a whole succession of misfortunes. The tale starts in the years of the Weimar Republic, when the local mayor sells off a piece of land to provide a dowry for his mentally unstable daughter, who then tragically commits suicide. An architect, one of the three original buyers, builds by the lakeside the ‘summerhouse’ of his dreams, and when the Nazis arrive pays his Jewish neighbour – too late, alas – for his share too.

When war breaks out and the Russians storm in, house and garden are trashed and the architect’s middle-aged wife is raped. In GDR times the ‘dream house’ passes to two writers who have suffered under both Nazi and Communist regimes, and then to a couple of pensioners. Finally, now badly dilapidated, it is demolished and the land sold off.

The house really existed and the author, Jenny Erpenbeck, actually lived in it. Could this be why, in a remarkably modest compass, she has succeeded in offering, with such insight and sensitivity, the most poetic account of recent German history one could possibly hope to read?

Jenny Erpenbeck was born in East Berlin in 1967. She studied to become an opera director and was taught by Ruth Berghaus, Werner Herzog and Heiner Müller among others. She is now a freelance author and director. ‘Sibirien’, one of the eleven stories in Tand, was awarded the 2001 Jury Prize at the Festival of German-language Literature in Klagenfurt. Other prizes include the 2008 Solothurn Literature Prize, the 2008 Heimito von Doderer Literature Prize and became the 2006 Writer of Residence on the Island of Sylt.

Rights to this work already sold to nine countries, including UK (Portobello) and USA (New Directions).

Eichborn AG was founded in 1980, and is one of the few independent general publishers still operating in Germany. Its strong and diversified list includes fiction and non-fiction, humour and reference books. It has two subsidiary lists: Die Andere Bibliothek (‘The Other Library’), founded by Hans Magnus Enzensberger, and Eichborn Berlin, which focuses on literary debuts in German. Many titles originally published by Eichborn have been translated into English, including W.G. Sebald’s The Emigrants and The Rings of Saturn; A Woman in Berlin by Anonymous (winner of the 2006 Schlegel-Tieck award); Karen Duve’s Rain; Walter Moers’ The 13½ Lives of Captain Bluebear and Jan Costin Wagner’s Ice Moon.