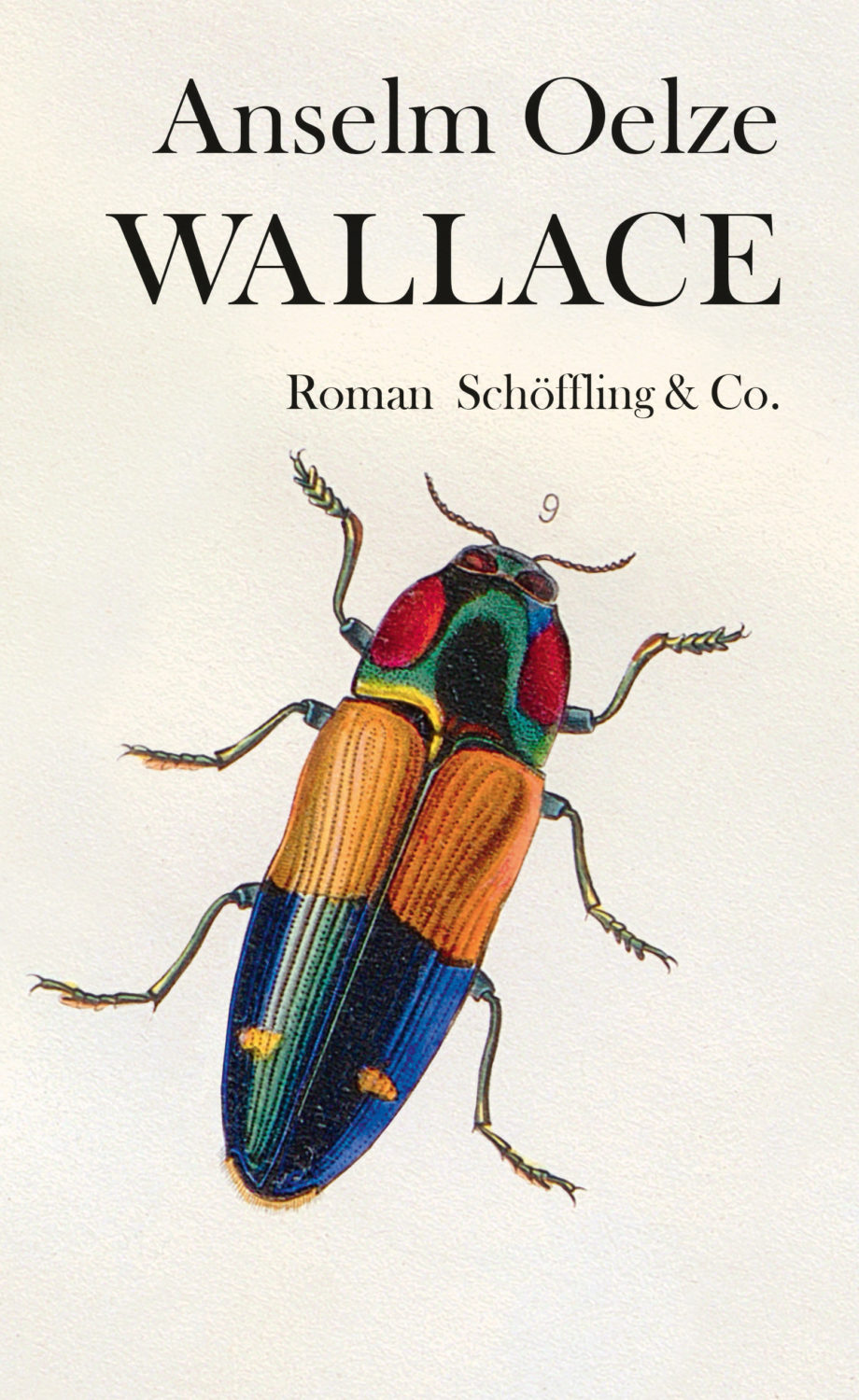 Alfred Russel Wallace was a nineteenth-century naturalist who arrived at the theory of evolution at the same time as Charles Darwin, but never received any credit for it. The novel is written in alternating chapters, intertwining Wallace’s story with that of Albrecht Bromberg, a contemporary night watchman who, with the help of a motley group of friends, puts a plan in motion to right the historic wrong. Reminiscent of Daniel Kehlmann’s bestselling Measuring the World, Anselm Oelze’s first foray into fiction is a winning combination of colourful historical narrative and quirky contemporary story.

The book chronicles Wallace’s life as an explorer and naturalist in the Malay Archipelago and Brazil, collecting and cataloguing enormous numbers of specimens. Wallace is an unassuming figure who is not particularly concerned with getting recognition for himself or his work. The present-day episodes feature Albrecht Bromberg, who has a comfortable job as a night watchman at the local Museum of Natural and Human History. On his way to work one day, Bromberg passes a second-hand bookshop and sees a picture of a bearded man in the window; he had encountered the same face recently when he tripped and dropped some books in the museum library. Over the course of a drunken evening, the owner of the bookshop reveals to Bromberg the identity of the figure – Alfred Russel Wallace – and his overlooked place in history. Bromberg is completely taken by the story and becomes obsessed with Wallace’s fate and why he didn’t get the recognition he deserved.

In 1858, Wallace wrote a letter to Darwin, enclosing an essay positing the same theory of evolution that had long been going through Darwin’s mind. This prompted Darwin to publish his own findings and receive all the credit for the theory. The letter Wallace wrote has since been lost. Bromberg tries to find ways for Wallace to get his due, but history seems set in stone. Finally, with the help of his small circle of acquaintances, he comes up with a plan: to forge the letter Wallace sent to Darwin along with his essay. This forged letter would then be slipped into a pile of archival material on a desk in the museum, to await discovery by a curator. Wallace’s and Darwin’s history, Bromberg is convinced, would then finally be rewritten.

While this is not the first fictional presentation of Wallace’s life – he featured in Avi Sirlin’s 2014 novel, The Evolutionist – he remains a largely overlooked figure, and Anselm Oelze’s presentation of his life story and contribution to science is innovative and appealing, weaving questions of fame and historical recognition into a compelling narrative.

Anselm Oelze was born in 1986 in Erfurt, Germany. He toured the rainforests of South America for a year before studying philosophy, political science and philosophical theology in Freiburg and Oxford. After gaining his PhD from Berlin’s Humboldt University, he conducted further research at the University of Helsinki. He currently teaches at the LMU Munich and lives with his family in Leipzig