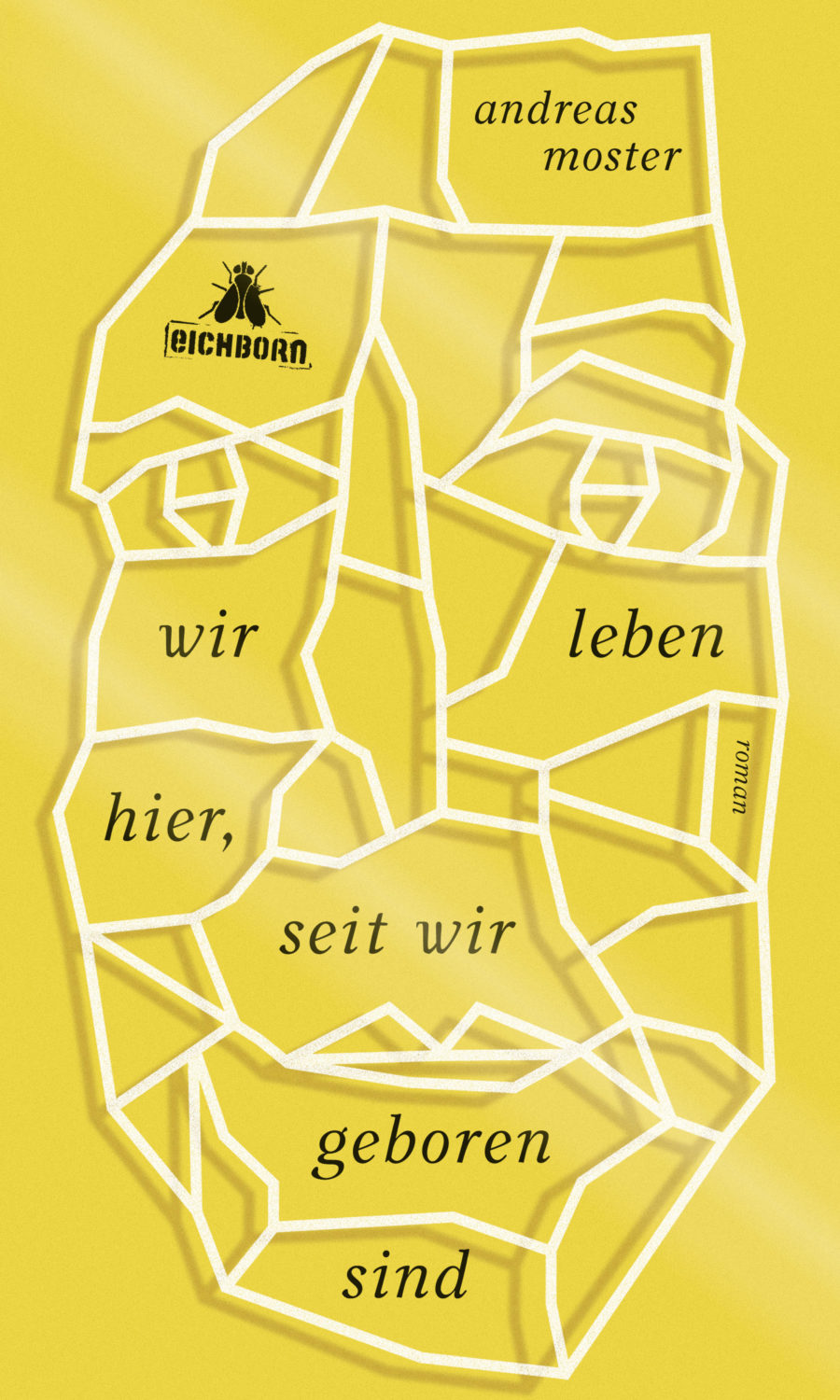 An apparently idyllic village with undercurrents of cruelty is the setting for a chain of increasingly violent events in this debut novel.

The residents of a village situated at the edge of a mountain slope seem frozen in time, geographically isolated and trapped within a stifling routine. The men work in the nearby limestone quarry; the women live in fear of their brutality. Then a mysterious outsider arrives, an awkward figure who has been sent to investigate the limestone quarry’s finances: it appears that the local workers have been attempting to cover up the fact that the quarry is no longer profitable. For the teenage narrator and her four friends, the newcomer represents an intriguing distraction, and possibly a means of escape from the confines of their village. To the rest of the village he is an intruder whom they accuse of several crimes, including the murder of one of the girls. Events swiftly escalate.

An archaic tale with elements of myth and horror. Moster takes a classic trope – an outsider entering an isolated community – and makes it his own.

Eichborn is the publisher of Look Who's Back by Timur Vermes, a novel playfully asking what would happen if Hitler were alive today. Published in September 2012, instantly on the bestseller list where it has remained in the top five since publication, and with translation rights sold for 29 languages (World English: Maclehose Press), it turned out to be THE German novel of the year.  Many Eichborn works have been translated into English, including A Woman in Berlin by Anonymous, The Old Child, The Book of Words and Visitation by Jenny Erpenbeck, The 13 ½ Lives of Captain Bluebear and Wild Journey Through the Night by Walter Moers, W.G. Sebald’s The Emigrants, The Rings of Saturn and Vertigo as well as Ice Moon and Silence by Jan Costin Wagner. Eichborn became a division of Bastei Luebbe, Germany’s largest independent publishing group, in 2011, and continues to discover and establish original and exciting author’s voices with its characteristic verve and vigour.