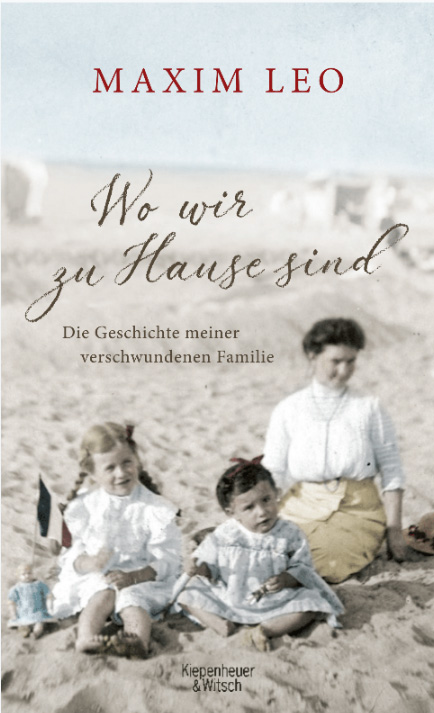 Where We Belong is Maxim Leo’s chronicle of a personal diaspora, charting the fates of the different members of his German-Jewish family as they flee from the Holocaust and make new lives for themselves in Israel, Austria, England and the USA.

The Leos are an assimilated middle-class family of lawyers and doctors in 1930s Berlin. They are Jewish but not actively involved in Jewish life, and their children often don’t realise they are Jews or have any idea what that means. Each chapter follows a different member of the family, beginning with their experiences in Germany once the Nazis come to power. Irmgard manages to escape to Israel with her husband. Hilde becomes an actress and marries the well-known doctor and psychiatrist Fritz Fränkel, who experiments with drugs both for medical purposes and his own personal use. After his arrest and torture by the Nazis, Fränkel is released – as a result of intervention by Nazis who had once been his patients – and goes to France. Hilde manages to get to England with her son André. There André is helped by a local vicar and attends Christ’s Hospital School and Magdalen College Oxford, eventually becoming a renowned toxicologist.

Another couple escape to Israel in 1936. Arriving at the dawn of the kibbutz movement, Nina and Hanan find that everything is communal: food is cooked centrally and eaten in the refectory; all clothes are handed over on arrival and each member is given a clean set (that might not even fit) every week; and children are brought up together, not with their families, which Nina finds hardest of all. There is even a suggestion that the strongest and cleverest men should impregnate as many women as possible in order to improve the genetic stock of the kibbutz. In the sixties and seventies we see how this communal ideal is gradually undermined, the members leading increasingly individual lives until eventually the kibbutz hardly differs from an average middle-class community.

Leo’s well-researched book is fluidly written with a personal tone that brings the experiences of his family vividly to life. This is a powerful story of persecution, emigration and integration which reflects intelligently on questions of national identity and belonging that resonate anew in the twenty-first century’s global political context. Many family members share the author’s sense that despite all they have been through, Germany is still an essential part of their make-up.

Listen to translator Shaun Whiteside reading a sample translation from Maxim Leo’s Where We Belong – My Vanished Family. This video is available as part of the New Books in German playlist on the Translators Aloud YouTube channel.

Maxim Leo, born in East Berlin in 1970, trained first as a laboratory chemist, then studied political sciences before becoming a journalist. Today he is a columnist for the Berliner Zeitung, a novelist and Tatort scriptwriter. In 2006 he was awarded the Theodor Wolff Prize, and in 2011 received the European Book Prize for his autobiographical book Haltet euer Herz bereit (Red Love: The Story of an East German Family, Pushkin Press). He lives in Berlin with his wife and two children.