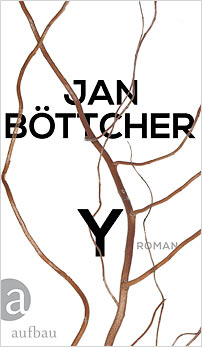 Jan Böttcher interweaves fiction and history in this gripping tale of a doomed love affair played out amidst Kosovo’s turbulent recent history.

Jakob Schütte falls in love with Arjeta Neziri as a teenager, but it is some years before his affections are reciprocated. The couple’s happiness is threatened almost immediately by the catastrophic events in Arjeta’s home country of Albania as the Kosovo conflict enters its military phase. Once Serbian troops are finally expelled from Kosovo in June 1999, Arjeta’s father decides to return to Albania after thirteen unsettled years in Germany. Torn between her life in Germany with Jakob and her desire to move back to Kosovo with her family, Aretja eventually ends the relationship. The distraught Jakob follows Arjeta to Kosovo and establishes himself as a digital freelancer in the Kosovan capital, Prishtina. It is there, in 2001, that Arjeta and Jakob’s son Leka is born. While Jakob is ready to support his son, Arjeta turns away from him and secretly marries an Albanian man.

Despairing of ever seeing his son, Jakob accepts a job offer in the London computer gaming industry and moves there in 2005. Böttcher successfully captures Jakob’s profound experience of culture shock following his move. Meanwhile Arjeta turns to the art world and finally finds fulfilment in her relationship with one of the country’s most influential artists. Jakob returns to Germany and sets up his own company. As a way of processing his traumatic time in Kosovo, he develops the successful computer game Namuna, based on Kosovo’s history and his own experiences. This introduces a fascinating new perspective to the story as Böttcher connects the development of computer games with the history of Kosovo – a country shaped by war and ongoing struggles for identity.

Y is a unique read with much to appeal to an Englishlanguage audience. Böttcher tackles the highly relevant contemporary topics of conflict and migration with a light touch, skilfully employing narrative detail to make the story come alive for his readers without overwhelming them with too much information. The personal, psychological cost of geopolitical conflict is subtly mapped out in the protagonists’ struggle to navigate their romantic and familial relationships. Böttcher’s style is reminiscent of that of Gavin Extence, particularly in his convincing depictions of his characters’ psychological turmoil.

Jan Böttcher was born in 1973 in Lüneburg. He worked as a singer-songwriter with the Berlin band Herr Nilsson. Since 2003 he has published four novels. His novel Nachglühen won the Ernst-Willner- Preis of the Ingeborg Bachmann competition. Das Lied vom Tun und Lassen was top of the SWR (Southwest Broadcasting) ranking list. Jan Böttcher lives in Berlin.