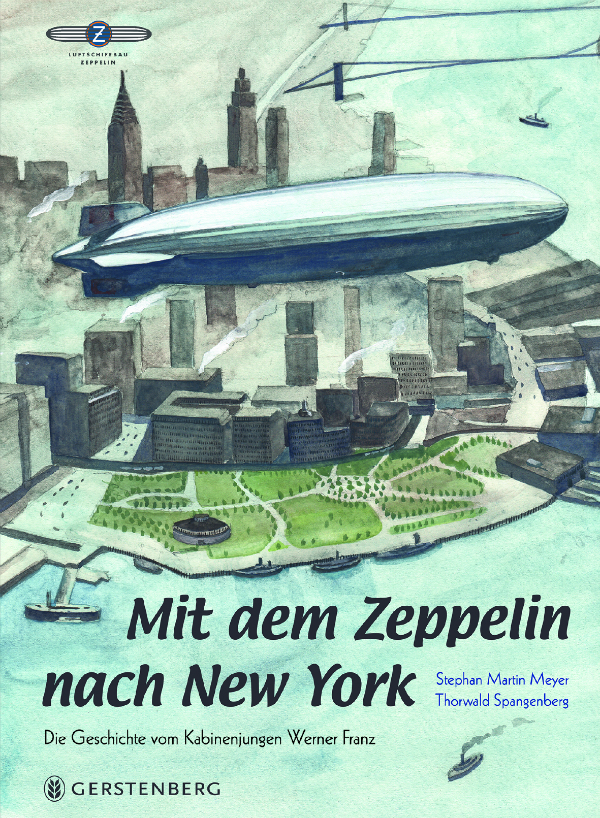 The true story of a cabin boy on the Hindenburg makes for fascinating reading in this beautiful illustrated book.

Frankfurt, 1936: Werner Franz is fourteen years old. He has just finished school and is looking for work. Werner is delighted when he is hired as a cabin boy on the Hindenburg, the largest of all the German zeppelins. A few days later, he sees a zeppelin up close for the first time. His first journey takes him across the Atlantic Ocean to Rio de Janeiro. Along the way, he meets and befriends his crewmates, and is taught everything he needs to know about zeppelins. Why does a zeppelin stay up in the air? How can it be steered? And, most importantly for Werner, what are his duties on board? As a cabin boy, Werner has to take care of the passengers, wash the dishes and serve the officers, but despite his busy schedule, he loves his job. However, a catastrophe is just around the corner. Another trip takes the Hindenburg to New York. During the attempted landing, the zeppelin goes up in flames. Werner manages to jump out of the burning zeppelin and survives without major injuries. He returns to Germany with the other surviving crewmates.

This beautiful illustrated book is based on the true story of the Hindenburg’s cabin boy Werner Franz. It is a well-written, informative introduction to the fascinating world of zeppelins, combining the personal story of Werner with information about various aspects of working on a zeppelin – from detailed schematic drawings of the inside of a zeppelin to an attempt to explain why the Hindenburg went up in flames. Along with Werner, the reader learns everything worth knowing about how this technical miracle of its time worked, but Meyer also explains the political and socio-economic background of Nazi Germany in easily understandable terms. The main narrative of Werner’s adventures is interspersed with factual information and Spangenberg’s illustrations include smaller black and white sketches as well as whole-page water paintings and technical drawings. The climax of the Hindenburg’s famous crash is especially impressive, as Spangenberg depicts Werner’s frantic rush to save himself in striking images.

The combination of factual information and narrative elements, of graphic novel and more traditional illustrations, and the extraordinary story of the Hindenburg make for an unforgettable, original illustrated book for older children.

Gerstenberg Verlag is the German publisher of the work of Eric Carle. His work is joined by Rotraut Susanne Berner’s Wimmelbücher, which are on their way to becoming modern classics for young children. They have been published in more than 17 countries. Over the past few years the publishing house has developed its own series of picture books and non-fiction children’s books. These books have been designed by renowned illustrators such as Rotraut Susanne Berner, Eric Carle, Antje Damm, Miriam Koch, Julie Völk and Antje von Stemm. Today the name of Gerstenberg stands for sophisticated, attractive and innovative books.