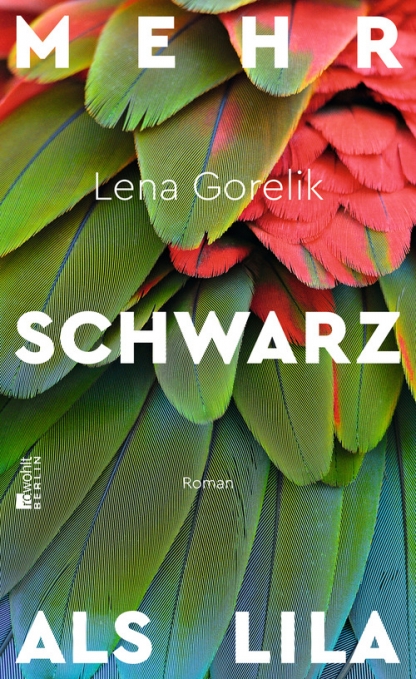 Lena Gorelik is an accomplished writer of literary fiction and with her Young Adult debut, More Black than Purple, she proves herself a major talent on the YA literary scene. This is an outstanding coming-of-age novel about friendship and first love, set in contemporary Berlin but perfectly pitched to travel well in English translation.

Her brightly-coloured odd socks aside, seventeen-year-old Alex would rather wear black than purple. She seeks refuge from her dysfunctional home life in her close-knit friendship with classmates Paul and Ratte. The trio are outsiders who form their own alternative family unit, until the balance of their friendship is disturbed by the arrival of a cool new assistant teacher, nicknamed ‘Johnny’. The tensions between the friends explode on a school trip to Auschwitz when Alex kisses Johnny in public. The kiss is caught on camera, provoking a storm of indignation on social media and huge repercussions for the three friends and their teacher.

Gorelik’s brilliant writing – allusive and full of imagery – really gets under the skin. More Black than Purple is a high quality novel with crossover appeal for adult readers and will resonate with fans of Louise O’Neill.

Lena Gorelik was born in 1981 in Saint Petersburg, and came to Germany in 1992. She was hailed as a major new talent after her debut novel Meine weiβen Nächte (‘My White Nights’, 2004). Her subsequent novel was nominated for the German Book Prize in 2007. Die Listensammlerin (‘The Collector of Lists’, 2013) won the Ravensburger Foundation Book Prize.