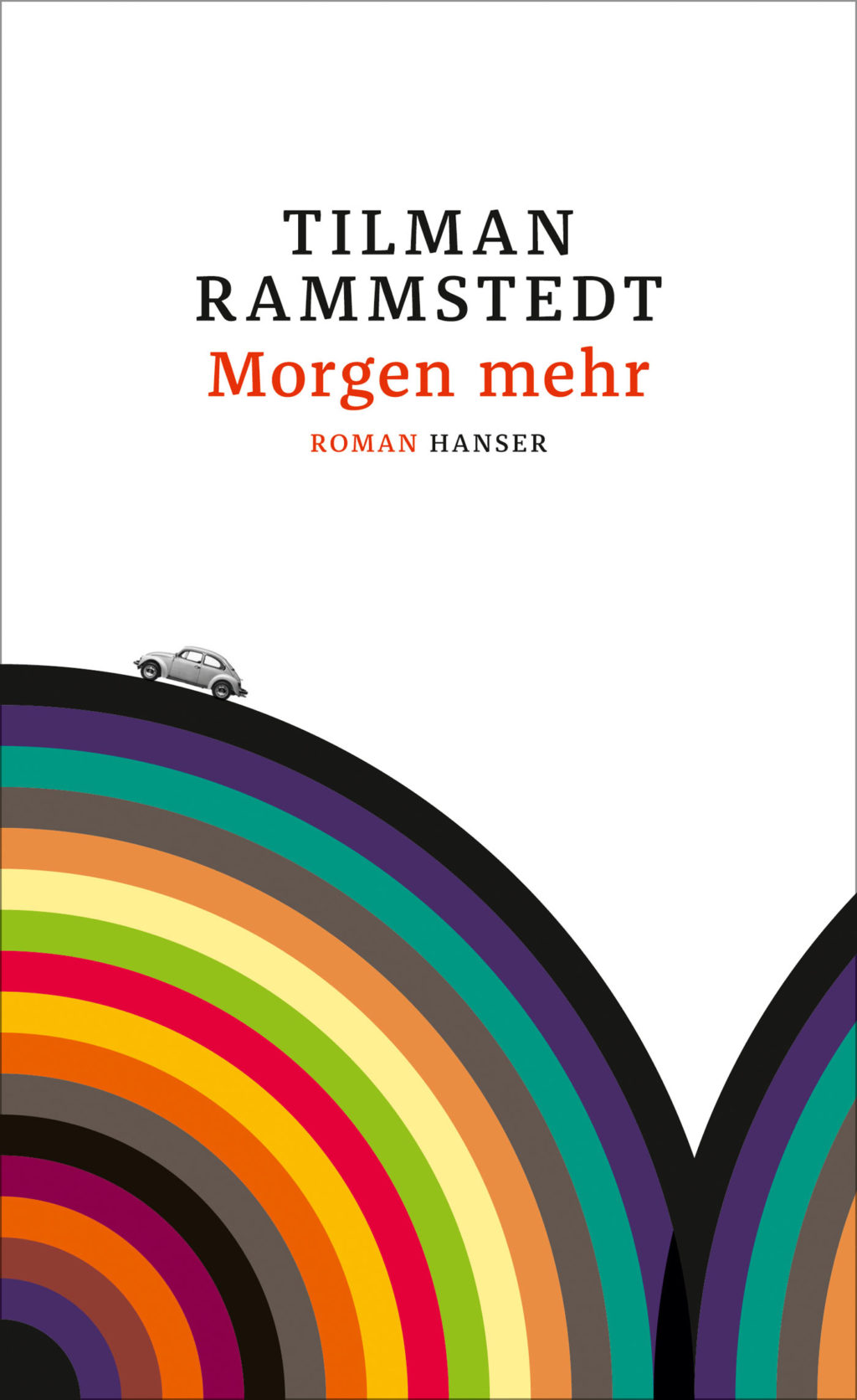 Our narrator is yet to be born. He only has one chance to come into existence: his parents have to meet on this precise day in June 1972. The only problem is that his parents are a thousand kilometres apart. His mother is being seduced in France, his father is about to be thrown into the River Main wearing concrete boots. What follows is chaos.

His mother is mourning her twin sister’s death by ticking off items on her sister’s bucket list, such as swimming in the sea and stealing a child’s ice cream. Eventually there are only two items left: stopping time and rescuing someone. When she finds out that there’s an office in charge of International Atomic Time in Paris, she gets on a train to the capital.

His father is pining for his ex-girlfriend Claudia, but accidentally angers a gangster – hence being thrown into the river. He manages to avoid a cruel fate by a giant sneeze, which propels him out of the boots and onto dry land. His run-in with the criminal underworld isn’t over, however, and a bizarre car chase ensues involving not only several gangsters, but also Claudia, her new boyfriend, and an unnamed child. This unlikely band also makes its way to Paris for a showdown on the Eiffel Tower. Along the way, someone will talk to God, a sheep will be stolen, and time will be stopped.

Rammstedt’s playfulness is on full display as he switches between straightforward, often suspenseful storytelling packed with cliff-hangers to playful elements such as bad love poems or a description of a minor character’s headache. A particularly memorable episode involves an interview with a rather affable if naïve hammer that the mother borrows in order to stop time. Unsurprisingly, the hammer doesn’t turn out to be an astute psychologist. Rammstedt also supplies occasional summaries of what the reader does and does not know so far.

Rammstedt’s novel had an unusual genesis: for three months, he published a chapter a day for subscribers in cooperation with his publisher Hanser Verlag, gaining him an enthusiastic following. To Be Continued Tomorrow is the edited result of this venture. Full of quirky ideas and wacky humour, this is a highly original novel that is hard to put down.

This book is not subject to NBG’s usual funding guarantee; the final funding decision will be made by the Goethe-Institut.